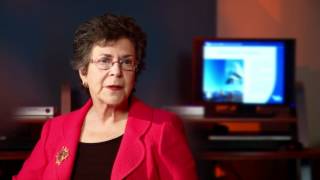 Learn more about UB Psychiatry from members of our department, including faculty, residents and the department chair, Steven L. Dubovsky, MD.

Barry Willer’s fascination with brain injuries originated outside the laboratory. A quarter century ago, he was researching developmental disabilities when a 17-year-old he had coached in hockey was hit by a drunk driver.

“He was in a coma for at least a month,” Willer recalls. “His family kept looking to me for answers because they knew I taught at the medical school. And I didn’t have them. But being in a medical school means you can go and get access to information very easily, and it didn’t take too long before I seemed to know at least enough to help.”

Since then, Willer has established himself as an internationally recognized researcher on brain injuries.

With a grant from the National Institute on Disability and Rehabilitation Research (NIDRR) Willer created a research-and-training center dedicated to reintegrating people with brain injury into society. From that funding he developed a community integration questionnaire used by scientists worldwide.

Another area of Willer’s inquiry has been affect recognition. Experts say as many as half of patients with traumatic brain injury lose the ability to interpret and express emotion. Partnering with a graduate student, Willer designed a computer-based, diagnostic-and-treatment program to help brain-injured adults relearn these skills. Promising results led to a $600,000 grant from the NIDRR to carry out a three-year controlled trial of the program.

Willer’s research into post-concussion syndrome—symptoms that linger for more than three weeks—has turned conventional thinking about recovery on its head.

Typically, doctors tell injured patients that resting is the fastest way to recover. But a treatment pioneered by Willer and John Leddy, director of UB’s Concussion Clinic, calls for them to complete an individually tailored program of progressively intensive exercise. Over time, the approach relieves nearly all symptoms, they reported in the Clinical Journal of Sport Medicine.

As Willer discusses the results, his thoughts turn to whom the treatment could help, including veterans returning from Iraq and Afghanistan with head wounds. Already, many amateur and professional athletes have taken advantage of the regimen. Watching their progress has been gratifying.

“After their concussion,” Willer says, “these people were depressed and were becoming de-conditioned because they were athletes being asked to do nothing. The first thing we saw was athletes went from depressed to not depressed overnight because they were given an opportunity to do something. So that in itself was worthwhile. And then their symptoms improved. The program is not only for athletes, but to see these players become healthier and return to play was remarkable.”